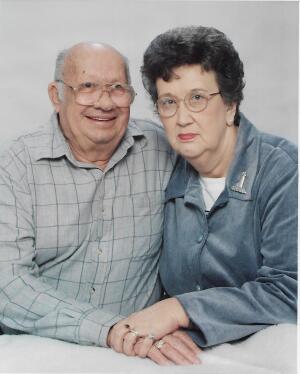 Gerald Eugene Huey, Jr. left the constraints of this life and was welcomed into the presence of Jesus, our Savior on Friday, March 5, 2021 as his children read Scripture and sang classic hymns to him.

Visitation will be Sunday, March 14, from 2:30-5:30 p.m. at Grace Gardens Funeral Home in Woodway.  A graveside memorial service will be held on Saturday, March 27, at 10 a.m. at Rosemound Cemetery in Waco with Bro. Billy Edwards officiating.

Like most young men of his generation, he was eager to serve his country.  He joined the Navy and served in the Pacific on the U.S.S. Gregory (DD-802). After his honorable discharge, he returned to West Texas where he worked in the oil fields and at a variety of other jobs. He and his father owned Huey & Son Sheet Metal Works in Sweetwater.  He later started a company called Astro Air Filters which moved the family to Waco in 1972.

Gene enjoyed tinkering with cars, motors and just about anything with an engine. He was proud of his motorcycles that he rode way too fast, and a small plane that he and his friends rebuilt and flew after “the war.”  He was very proficient at HVAC repairs and even after his retirement, he kept families, churches and businesses in comfort year round.

Gene also loved to fish.  It didn't matter lake, river, ocean, stock tank.  He just loved being out there and solving the problems of the world while he fished.  Few things in life compared to a good fish fry.

Playing dominoes, especially “42” and Trash Train, with family and friends topped his list as the best way to spend an evening. He saw the humor in every situation and usually had a joke to share even though the kids and grandkids got their ears covered at more than a few of them.  He taught himself to play boogie woogie piano and would make the family dog, Oscar, “sing” as he rocked the keys.

Gene was a member of Brazos Meadows Baptist Church where he was honored as their oldest living WWII veteran.

He was preceded in death by his wife of 51 plus years, Lee Huey, his parents, and his brother William “Bill” Huey and wife Barbara.

Memorials may be made to the Wounded Warriors Project or the charity of your choice.

Your browser does not support this video format. You should be able to view it in Chrome, Safari or Internet Explorer.