Share a memory
Obituary & Services
Tribute Wall
Read more about the life story of John and share your memory.

John and I have known each other since I was 7 and John was 10. Eventually John and I started dating. When John got his drivers license there was no stopping us. We have backpacked all over Arizona. John and I eventually went our separate ways for almost 20 years. When Facebook was still new, haha, He found my best friend on Facebook. Shortly after this, John and I again were inseparable. We married after 2 years of getting to know each other again. We took cruises and fabulous vacations together.

John was in the Army from 1981-1984. After Boot Camp (Fort Rucks, KY) he was stationed in Germany and became a crew chief of a Huey helicopter. He started working on the hanger queen (this Huey was the one that other crew chiefs would steal parts from for their Huey’s). John did eventually get the hanger queen to fly. “The pilots would give him a checklist on items that needed to be worked on, the list would come back dripping red ink. Eventually, he had proven his ability to work on Huey’s. When a new bird came in, john got a new one. He was so proud. His passion was to become a pilot, but this was not in the cards. Before leaving the Army, he restored a 1969 convertible mustang. This was his pride and joy.

After the army he worked for Maricopa County Superior Court. He worked his way from a file clerk up to mahogany row. He worked with elected officials. John retired from the county after 30 years of service. This is around the same time John became ill.

John and his brother Steve loved to work the races at Manzanita, Phoenix International Speedway (PIR) and Canyon Raceway. Steve and John would set off for the races 2 days ahead of time. John eventually became an EMT, primary for the races. They had so much fun together. Steve lived in Arizona but the two of them would call each other and would say “Did you see that crash?” They would then critique the crew and discuss what the crew did wrong and how they would have handled the situation. Steve passed away in January of this year. John was devastated. Once Steve passed away John would pick up the phone to call Steve and he would get so mad when he remembered Steve was not there.

Eventually John moved to Waco, Texas. We would sit on the porch and watch the cows go by and would say, “howdy girls!” He loved living in the country, he would say that he felt like he was living on a golf course.

In lieu of flowers John always supported the Wounded Warrior Project and would love for donations to go to helping his fellow brothers and sisters who have served. 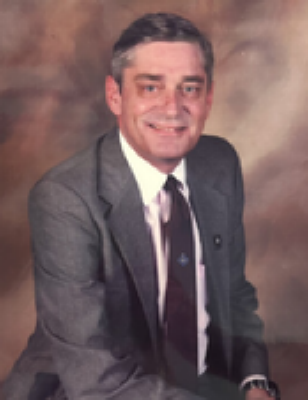