Share a memory
Obituary & Services
Tribute Wall
Read more about the life story of Oscar and share your memory.

Oscar Ruvalcaba Valdez passed away unexpectedly on Wednesday, November 16th, 2022 in his hometown of Moody, TX. A Rosary will be from 5:30 - 6 PM with the visitation with the family following from 6 pm-8 pm, Monday, November 21, 2022, in the Chapel of Grace Gardens Funeral Home, 8220 Woodway Dr., Woodway, TX. Funeral Mass will be 10 am, Tuesday, November 22, 2022, at St. Eugene’s Catholic Church, 207 N Johnson Dr., McGregor, TX. Interment will follow at Moody Cemetery in Moody, TX.

Oscar was born on June 15th, 1940 in Muzquiz, Coahuila-Mexico to Benjamin and Aurelia Valdez. He was one of ten brothers and sisters. Oscar would attend grammar school and college in Mexico before marrying his beloved wife Bertha and immigrating to America from Mexico.

Oscar was many things in his life. He was a trailblazer for the American Dream. He chased it, he captured it, and he made it his own when he set out from his home in Mexico and immigrated to America at the age of 26. Oscar began working at W.T. Hix Ranch in Mosheim, TX, and would later work for McGregor Mobile Homes, then completing his work in the industrial field as a painter for Brown and Root Inc. He was the hardest-working man he knew, and he reminded you of it. It was a running joke in nearly every conversation. His hard work produced the fruits of his labors when he opened the doors to his restaurant Lucy’s Cafe named after his daughter Lucy in September of 1990 which was the one-stop shop for food, news, laughs, and life lessons courtesy of the one and only Oscar Valdez. Lucy’s continues to be a staple in the community for more than 30 years, and many consider Oscar to be a pillar of the community. While his home and businesses were in his beloved community his reach was broad but not limited to Moody, but to all of Central Texas restaurant owners, farmers, ranchers, and cattlemen alike. As Oscar too was also a rancher and cattlemen fulfilling his dream of owning land and working cattle on his ranch known as the Valdez Ranch with the brand sign O.V. which were his biggest passion.

The Valdez Family wishes to express their most sincere gratitude to all those who loved Oscar, the entire community of Moody, and all those who continue to stand with us during this difficult time. Your love and affection do not go unnoticed and are very much appreciated from the bottom of our hearts. 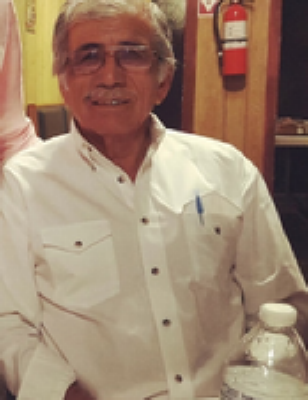