Share a memory
Obituary & Services
Tribute Wall
Read more about the life story of Ronnie and share your memory.

Ronnie was a good Christian gentleman who raised his family in the Faith.  He was born in Abilene, Texas on March 30, 1933.  He grew up in Austin and married Peggy Gene Felder on December 11, 1954.  He was a loving, caring, and gentle man; he and Peggy together raised three daughters.  Ronnie was a Paint Supervisor in the Facilities Department of the University of Texas at Austin since 1965, retiring in 1994 after 29 years of service.  He was an active member of Redeemer Lutheran Church in Austin.  After retirement, he and Peggy moved to Waco, TX in 2007 and became active at Peace Lutheran Church in Hewitt.

Ronnie enjoyed bowling and spending time with his family.  He volunteered at the Peace Lutheran Church Braille Ministry, enjoying serving and socializing.

Ronnie was preceded in death by his parents, Clyde and Edith (Rink) Shelton, sister Charlotte (Shelton) O’Neal, and his brother Paschal and wife Billie (Wier) Shelton.  He is survived by his wife of almost 68 years, Peggy; daughters, Karen Shelton of Waco, DeeAnn Matoska of Austin, Rhonda and husband Darrell Pietsch of Waco; grandchildren Anthony Matoska, Ashley (Matoska) Whitt and husband Bobby, Alan Matoska and wife Maryann, all of Austin, Haley (Pietsch) McAlister of Maypearl, Madison Pietsch, Hayden Pietsch, and Jordyan Pietsch, all of Waco; his nephews Sidney Shelton and Johnny Shelton, and his nieces Brenda Shelton and Jina Kloe Kuker; as well as Peggy's numerous nieces and nephews, whom he adored; and numerous great-grandchildren.

The family would like to extend a special thank you to Amedisys Hospice, especially nurse Kristina, St. Catherine’s Center, and Wesley Woods. 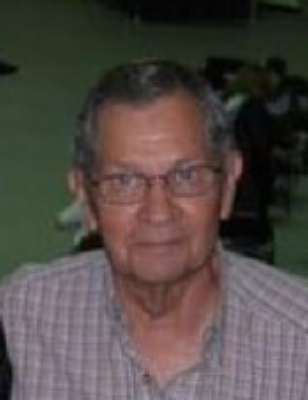