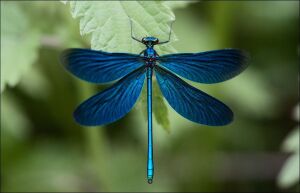 Stephanie’s family will receive visitors on Sunday, March 21, 2021, from 3 p.m. - 6 p.m., at the Grace Gardens Funeral Home, 8220 Woodway Dr., in Waco. A celebration of Stephanie’s life will be 11 a.m. on Monday, March 22, 2021, at Grace Gardens. The family requests that visitors wear a mask and follow social distancing as much possible.

Lougheed was born in San Diego, CA, on March 30, 1970 to Tom and Brenda Eslinger. She graduated from Juniperro Serra High School in San Diego in 1988 before attending Harding University where she earned a bachelor’s degree in education.

She began her career as a teacher in San Diego at Southwest Christian Schools and later earned a master’s degree in educational leadership at National University in 1997.

Stephanie moved with her then husband, a toddler and an infant to Waco, Texas in 1998.

She left teaching in 2017 and began working at The Silos, first at the Silos Bakery and then at the Magnolia Market, where she was employed until her death.

She is preceded in death by her father, Walter Thomas Eslinger, who also died after a battle with cancer.

The family wishes to extend their sincerest thanks to Dr. Carlos Encarnacion and the staff of Texas Oncology as well as Jennifer Rushing, R.N. and Larry Williams of Texas Home Health Hospice.

Memorial donations may be made in Stephanie’s name to the American Cancer Society or the charity of your choice.

Your browser does not support this video format. You should be able to view it in Chrome, Safari or Internet Explorer.